The Problems with Early Spay and Neuter 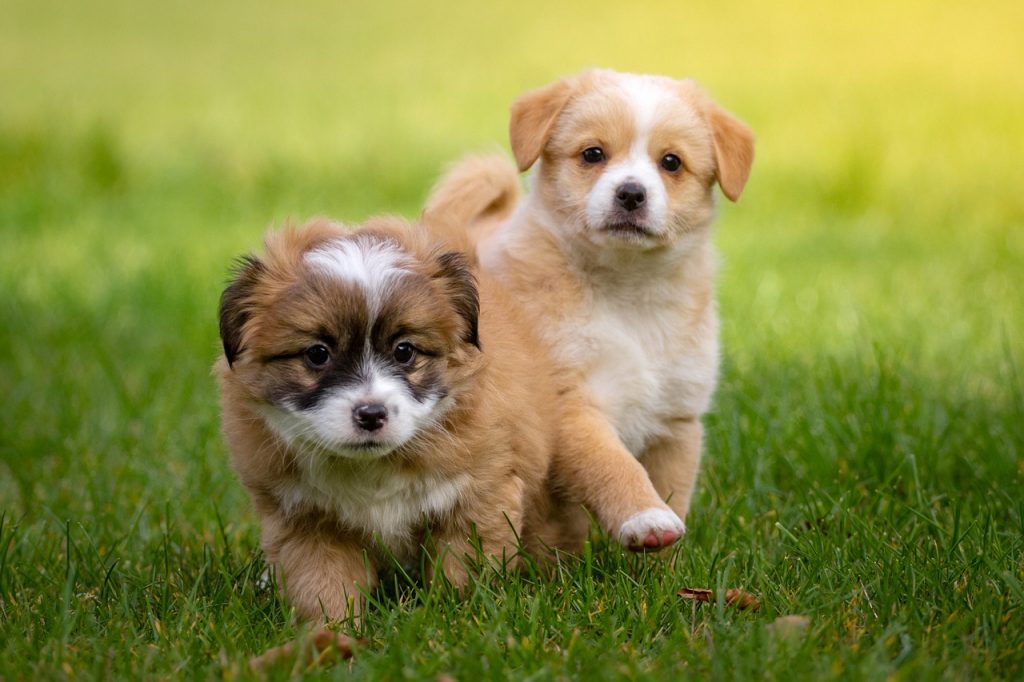 In October of 1999, I brought home the sweetest little 8 week old Golden Retriever puppy. She snuggled into my arms at the headquarters of Guide Dogs For The Blind in San Rafael CA.   She took instantly to my beloved 13.5 year old Golden, Rontu.  I was happy to hear that she had already been spayed and I would not have to pay for that surgery. Little did I know, that surgery would come back to haunt me in later years.  Since that time they have discovered that early (before one year of age) spay and neutering can have detrimental effects on a dogs health. In 2013 a paper came out titled ” Neutering Dogs: Effects on Joint Disorders and Cancers in Golden Retrievers.”  In the abstract they said this:

“In contrast to European countries, the overwhelming majority of dogs in the U.S. are neutered (including spaying), usually done before one year
of age. Given the importance of gonadal hormones in growth and development, this cultural contrast invites an analysis of the multiple organ
systems that may be adversely affected by neutering. Using a single breed-specific dataset, the objective was to examine the variables of
gender and age at the time of neutering versus leaving dogs gonadally intact, on all diseases occurring with sufficient frequency for statistical 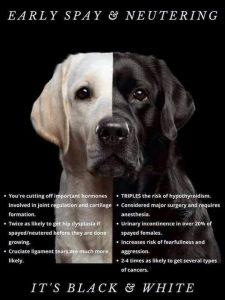 analyses. Given its popularity and vulnerability to various cancers and joint disorders, the Golden Retriever was chosen for this study. Veterinary
hospital records of 759 client-owned, intact and neutered female and male dogs, 1–8 years old, were examined for diagnoses of hip dysplasia
(HD), cranial cruciate ligament tear (CCL), lymphosarcoma (LSA), hemangiosarcoma (HSA), and mast cell tumor (MCT). Patients were
classified as intact, or neutered early (<12 mo) or late (≥12 mo). Statistical analyses involved survival analyses and incidence rate comparisons.
Outcomes at the 5 percent level of significance are reported. Of early-neutered males, 10 percent were diagnosed with HD, double the
occurrence in intact males. There were no cases of CCL diagnosed in intact males or females, but in early-neutered males and females the
occurrences were 5 percent and 8 percent, respectively. Almost 10 percent of early-neutered males were diagnosed with LSA, 3 times more
than intact males. The percentage of HSA cases in late-neutered females (about 8 percent) was 4 times more than intact and early-neutered
females. There were no cases of MCT in intact females, but the occurrence was nearly 6 percent in late-neutered females. The results have
health implications for Golden Retriever companion and service dogs, and for oncologists using dogs as models of cancers that occur in
humans.” [1]

I had no idea in 1999, that my sweet Josephine was going to be one of those statistics for early spay. Her conformation was not good, She had long thin legs and a barrel shaped body. She also  developed cranial cruciate ligament tear that required three surgeries,  and she died from cancer of the liver, kidney and spleen one month past her 12th birthday.  In contrast, Rontu who was not neutered until he was 4, lived to be almost 15, had beautiful conformation and no joint problems.

Why? Why do dogs who are neutered early tend to develop these problems at a greater rate than intact animals. In a word, hormones. Specifically gonadal hormones. Yes, sex hormones.

The study goes on to say:

“As for the pathophysiological reasons for the joint disorders, one can point to the role of gonadal hormones in controlling the closure of bone growth plates. An atypical growth plate closure, resulting from the absence of gonadal hormones, may increase the chance of a clinically apparent joint disorder, such as HD, CCL, and possibly ED.  Confounding factors that may influence the nature of a neuter-related joint disorder are the breed-specific gender vulnerabilities, including growth rate differences, as well as the timing of growth plate closure, which occurs more quickly in males than in females. In the males of this study, the occurrence of HD was doubled in the cases with early androgen removal as compared with intact males, [2]  In a nutshell, the sex hormones are responsible for the proper closure of growth plate so that joints form correctly.” [2]

“The effects of neutering during the first year of a dog’s life, especially in larger breeds, undoubtedly reflects the vulnerability of their joints to the delayed closure of long-bone growth plates, when neutering removes the gonadal, or sex, hormones.” ~Benjamin Hart

In regards to cancer, the paper said this:

“The role of gonadal hormone removal in the occurrence of various cancers appears to be more complicated. This study suggests that with early neutering, before an estrous period, the cells that could become neoplastic are not sensitized to estrogen and neutering would not affect disease occurrence. However, after exposure to estrogen through several estrous cycles, potentially neoplastic cells could be sensitized, but as long as the female is left intact, the estrogen is protective. Then, if neutered after several estrous cycles, the estrogen-sensitized cells could become neoplastic, hence a higher rate of HSA and especially MCT in late-neutered than early-neutered females. Obviously, much remains to be learned that could be explored with a large database with regard to the specific effects of estrogen in these cancers.” [3]

I believe that the growth of a puppy, both emotional and physcial,  should be helped as much as possible and not hindered in any way. Removing the sex organs, in my opinion, is playing Russian Roulette with your dog’s health.  Closure of growth plates at the proper time is critical for your dog’s physical and structural health. You also need to know when those growth plates close. It is at different ages in different breeds. Know your breed. Environment and nutrition also play a critical role but I have covered that in other blogs.

As you can see in the photo, it takes at least a year for even toy breeds to have plates close. For large breeds at least 18 months. Giant breeds even longer. Give your dog that fighting chance to grow as nature meant for him to and have a long and healthy life.

For all you nerdy people, I have linked the study below along with some other articles I found interesting.

Are There Behavior Changes When Dogs Are Spayed or Neutered? | Psychology Today 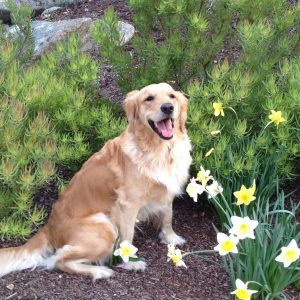 “Even When You Do Everything Right”

Sometimes life can throw you a curve ball. Even doing everything right for your beloved 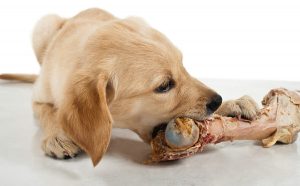 Don’t Mess With A Dog While He is Eating

Leah from Canine Movement Lab has written a great article about resource guarding around food.

5 thoughts on “The Problems with Early Spay and Neuter” 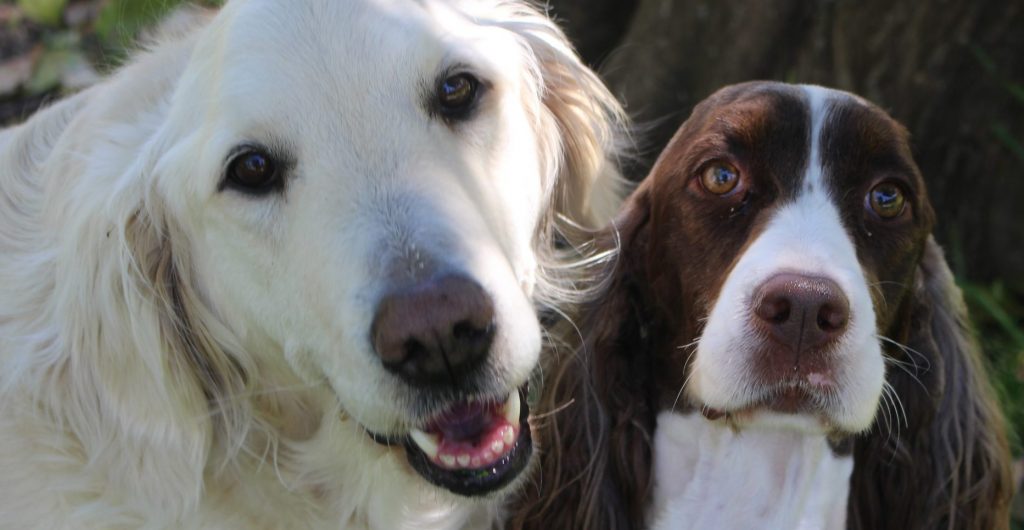 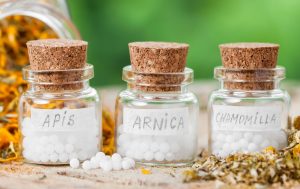 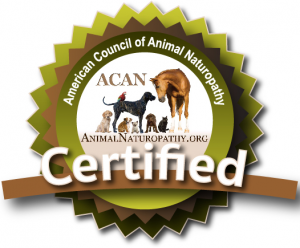 Time to play outside!

A nap after a good romp in the grass and dirt! Lov